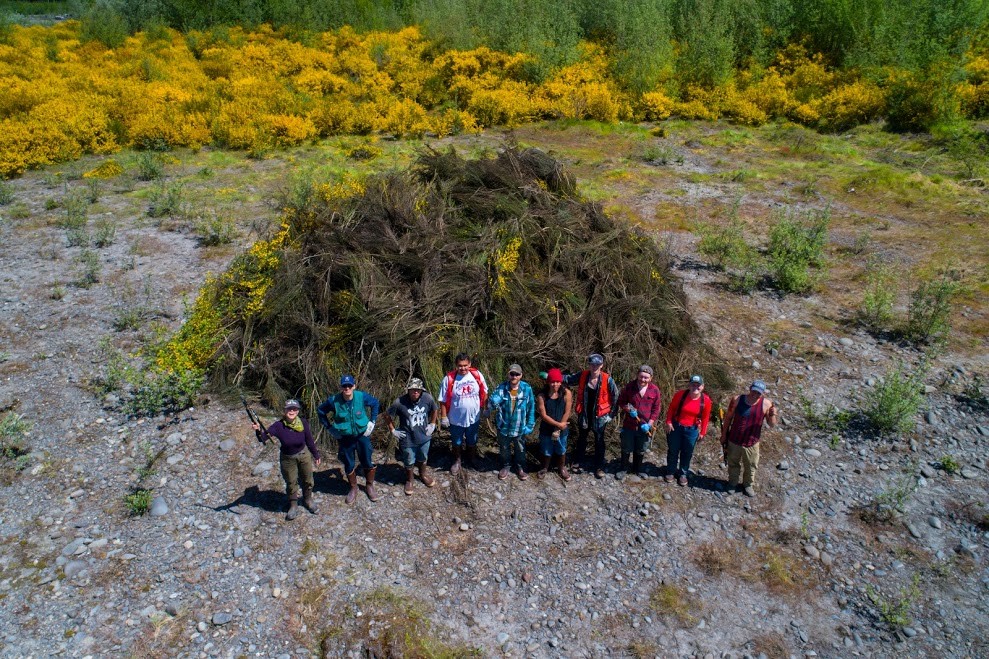 OLYMPIA–The Washington Invasive Species Council (WISC) and Washington Department of Fish and Wildlife (WDFW) invite high school-age artists to participate in an art contest that will help spread the word about not spreading invasive species. Invasive species are plants, animals, and other organisms that don’t naturally live in Washington and, when brought here, can cause […]

OLYMPIA–Gov. Jay Inslee, in partnership with the Washington Invasive Species Council, has proclaimed February 28 through March 4 as Invasive Species Awareness Week in Washington. “We all need to be aware of invasive species and take simple actions to prevent and stop them,” Inslee said. “We have to work together to protect our state from […]

The Washington Invasive Species Council, Western Invasives Network, and multiple partners are excited to announce a brand-new learning event! The Coastal Invasive Species and Exotic Pest Workshop will take place in beautiful Astoria, OR on April 6, 2023. The event is in-person only from 9:00 a.m. - 3 p.m. Attendees will have the unique opportunity to network with regional colleagues, learn what works and what doesn’t for invasive species that are present in the coastal region, and become familiar with new invasive species that are on the horizon. The Washington State Department of Agriculture and the Oregon Department of Agriculture are anticipated to provide recertification credits for attendees who are present for the entirety of the workshop. Read more and register! ... See MoreSee Less
The famous groundhog has indicated that there will be six more weeks of winter. That means more time spent with insect visitors to our dwellings, as they try to stay warm. One such guest you may see is the Brown Marmorated Stinkbug. First detected in Allentown, Pennsylvania, this insect has hitchhiked across the country. It causes extensive damage to Washington crops. Read the full story here: https://msn.com/en-us/news/…Photo credit: Steven Quick ... See MoreSee Less
The Washington Invasive Species Council values its partnerships with other organizations. A wonderful example is a long-standing collaboration with the Pacific Education Institute (PEI). Since 2015, PEI and the council have been working together to create curriculum and educational resources for introducing teachers to invasive species. Workshops further engage teachers and allow them to discover multiple ways that invasive species can be integrated into classroom teaching. Investing in the next generation provides hope for the future! Read some inspiring stories in this article from PEI: https://pacificeducationinstitute.org/wp-content/uploads/…Photo: A student's artwork on the European green crab. ... See MoreSee Less
View Facebook Page